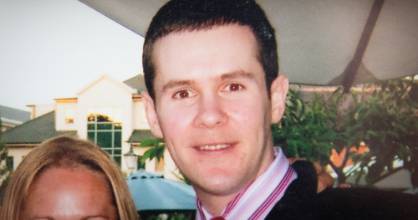 Edward Storey is believed to have died from Covid-19 in Peru. Five months on, his ashes and belongings will return home.

The Southern District Health Board has made changes to a chair allocated for people with Covid-19 symptoms after a Southland man said it was "humiliating".

Bluetooth could be in October's NZ Covid Tracer app update

Bluetooth proximity detection could be rolled in next month's update, as Ministry of Health pushes on with new 'real-world' CovidCard trial.

Australian Prime Minister Scott Morrison wants to open trans-Tasman travel passages between areas with no Covid-19, "for example, the whole of the South Island".

Travellers from NZ to Malaysia test positive for Covid-19

No new cases of Covid-19 in New Zealand

Do the health gains of 'lockdown 2.0' outweigh economic pain?

Idea we are choosing between the economy and our health is a false dichotomy, economists say.

Uneasiness can leave people exhausted and promote fear. But many can learn to be resilient during a crisis, experts say.

Covid-19 and the election

OPINION: Not even NZ is immune from the global rise in racism related to Covid-19. So, can we keep prejudice out of politics?

Few Kiwis will have to pay isolation charges

For New Zealand citizens, managed isolation charges will mainly be for those on 'holiday'.

The best movies to stream on Neon right now

From some of the best blockbusters of the past year to classics from the last two decades, these are our current favs on the Kiwi streaming service.

Pablo Bodgan from Argentina has invented 'Breathe Well Tube' shields, which he says protect against coronavirus. He was inspired to design the tube by his own experiences battling leukaemia as a child.

Two new cases of Covid-19, one in community

One is in managed isolation, the other in the community - ending four straight days of zero community cases.

A cafe in Dubai is becoming a sensation as it has robots work as waiters. Customers don’t need to interact with a single human being, unless they want to. The concept seems to be a hit amid the COVID-19 pandemic.

Today marks six months since New Zealand's border closed for the first time in its history.

Australia's seven-hour 'flight to nowhere' sells out in minutes

Australia's seven-hour 'flight to nowhere' sells out in minutes.

More than half a year after becoming trapped in New Zealand by border restrictions, Australian-based Kiwi Paddy Dicks will be reunited with his wife – but it’s bittersweet.

A Taranaki-born mother-of-two will be laid to rest on her birthday – two months after she died in Australia.

Sleeping with the enemy

The second lockdown has rattled nerves and shaken our faith in the war against Covid-19. Talk of alternative plans has increased. Rob Mitchell reports.

The void left by the international tourism market is too big for domestic travellers to fill. But tourism operators are doing the best they can, despite the second round of restrictions.

The whānau that's endured the cruellest blow from Covid-19

Israel was praised internationally for its response to the coronavirus pandemic. Now it's been forced to return to lockdown.

US Open champion Naomi Osaka has pulled out of the French Open as crowd sizes reduced.

Main economic forecast based on the assumption border restrictions will be gone by the start of 2022, but Treasury also considered a much gloomier scenario.

Jacinda Ardern said National's tax cut plan would be a raid on the Covid recovery fund while speaking to reporters on the campaign trail in Wairarapa.

Underused Stanley Bay ferry to go due to AT budget constraints

Underused Stanley Bay ferry will be gone by Christmas, along with two east Auckland bus services, due to budget constraint at Auckland Transport.

Citing uncertainty around Covid-19 and the safety of participants and personnel, organisers have cancelled the 2020 BDO Lake Taupo Cycle Challenge.

No new cases of Covid-19 in New Zealand

For the first time since August 10, there are no new cases of Covid-19 to report in New Zealand.

Extra staff will allow the yard where a family escaped from isolation to be watched round the clock.

Man who escaped managed isolation will not face criminal charges

Household spend is up but so is the number of people seeking help after losing their jobs from Covid-19.

Travellers from NZ to Malaysia test positive for Covid-19

They wanted a drink at a Dunedin restaurant, but claim they were turned away for being visitors from New Zealand's coronavirus hotspot.

Singapore has only had 27 deaths among the more than 57,000 people who have been infected with Covid-19. So why is that the case?

When Taylor Peterson’s internship got cancelled because of Covid-19, she moved online.

The global pandemic is disrupting important daily routines and adding stress onto carers.

WHO's warning as Covid surges in Europe

The spike in coronavirus “should serve as a wake-up call for all of us,” WHO says, as countries attempt to live with the virus.

The UK is struggling with its testing capacity, as demand appears to outstrip supply - and there are problems elsewhere in Europe, too.

The Warehouse staff told plans, expected to cost up 750 jobs, will go ahead, the Union says.

Boosting security at Hamilton's Covid-19 isolation hotels has become a reality with a pōwhiri for 57 defence force personnel in the city.

Hawaii to allow travellers to skip quarantine with virus test

Tourism traffic to the US state has plunged more than 90 per cent since the pandemic began.

The virus isn't finished with us yet

T cells take the lead in controlling Covid-19, more than antibodies which was initially thought to have a bigger role in reducing the disease severity.

A mother is frustrated it took two days for parents to find out a student at their child's school tested positive for coronavirus.

US President Donald Trump contradicts the Centers For Disease Control director Dr Robert Redfield over the timelines for the release of a potential vaccine – and the importance of wearing a mask.

Everyone associated with Chapel Downs Primary School asked to get tested as it emerges pupil with Covid-19 attended while waiting for results.

On the campaign trail: Ardern charms the crowds, as Collins attacks on the economy

Scott Morrison won't get any special treatment in avoiding hotel quarantine if he travels to Queensland for the state election.

Patients believing social media misinformation has led to a "failure to take responsibility to protect themselves or others", survey says.

All new cases reported on Thursday were imported and found in managed isolation centres in Wellington, Auckland and Christchurch.

Man charged with kidnapping, assault, and dangerous driving in Wellington

What to stream this weekend

The best movies to stream on Neon right now

Did the PM's selfie break the rules?