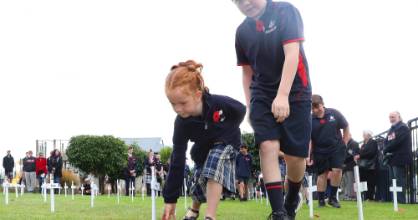 Residents at Vickery Court Invercargill were the first members of the Southland and Otago public to receive their Covid-19 vaccinations on Thursday.

Four people have been arrested and about $3.2 million assets seized during an operation targeting commercial cannabis dealers in Dunedin and Southland.

Frana Cardno honoured, but not yet...

A memorial for a long-serving mayor is built but cannot have a grand opening until a dispute about the name of the park is resolved.

The Polynesian Panthers are trying to highlight social injustices by telling their stories.

Live export ban may cause backlash from trading partners

Hosting the Welsh world cup team for a day remains one of the highlights in the 101-year history of the Drummond Rugby Club.

One person critically injured after three-car crash in south Otago

A person is in a critical condition and two others have moderate injuries after the crash on State Highway 1.

Lush: Council does little for Bluff

Marcus Lush believes the Invercargill City Council is spending too much time focusing on tourism prospects for Bluff and not enough on helping the community thrive.

Losa Fifita has taken a huge step forward to follow her sister through the ranks of New Zealand netball.

A high-speed motorbike “race” on a rural Southland road led to the death of one rider and another being convicted of his manslaughter.

The latest tests for the oyster parasite Bonamia ostreae in Foveaux Strait have found any possible infection is not widespread.

Reinga Bloxham is about to embark on her fifth campaign as Southern Steel’s head coach and she will do so with five new players.

Proposed fee rise 'extortionate' for industry 'already on its knees'

A proposed 57 per cent increase in alcohol licensing fees in Southland is being slammed by some who say it could be the last straw for an industry struggling.

Both cities have had their tourism industries decimated by the Covid-19 pandemic.

Both cities have had their tourism industries decimated by the Covid-19 pandemic.

The chasm that swallowed two buses, a doctor and nearly an ambulance

The Trans-Tasman bubble is a “partial lifeline” for Fiordland after a tough 12 months for tourism businesses.

After a year of budget crunches, some Southland hospitality bosses say they have no choice but to pass on the price of the latest minimum wage increase to their customers.

The cost of holding onto historical buildings

Invercargill is home to beautiful historical buildings, but making them earthquake safe could cost more than the buildings themselves, a businessman says.

A frustrated Russel Bell is trying to figure out why he suddenly can’t get decent mobile coverage at his Tisbury home, when he has not had any trouble in the past.

No quick fixes to housing crisis

OPINION: "Supporting more first home buyers into owning their own whare, we free up more rentals and housing options for other whānau in need."

Seasons changing is a time to reflect

OPINION: Seasons reflect change and can be associated with “good times” and “not so good times”.

OPINION: I am beginning to question our collective will for the innovation and change we need to make as a nation.

Mataura's medicinal cannabis and hemp mill is a big deal

EDITORIAL: We talk about new industry, well here's one showing up bang on cue.

OPINION: What's the difference between a leader and a queue jumper? Well for starters, there's this . . .

It's really a man cave-slash-art space, he says, and the perfect spot for a cuppa.

The Wiggles joke about MIQ stay at first NZ show

"He's had two weeks in a hotel and he's still sleeping," joked one of The Wiggles as their NZ tour kicked off.

Seals have thankfully survived, but only by the skin of their teeth, following their well-organised slaughter in the 1800s. And the final cull of these marine animals wasn't that long ago.

He was once the prominent chief of four Murihiku hapū but after his grave was found in tatters, Chief Paororo Toataua's descendants want to make sure he and his sacred burial site are remembered.

When a truly sensational property like this one comes to market there’s no time to waste. 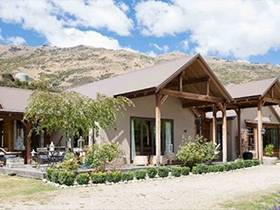 Keep up with our tweets.