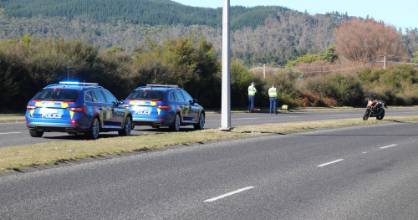 The principal of a Rotorua school has written a lengthy tribute to the popular teen.

Do we want to see NZ stories on film?

OPINION: When Richard Swainson watched Whina, there were just three others in the room. The film delivers a far more nuanced portrayal than the trailer may suggest, he says.

The Shelling family have a full house of 10 children - with two visiting often - yet only spend $1000 a week on expenses.

Life in the quiet lane: what the expressway leaves behind

With the final Hamilton stretch of Waikato expressway set to open, the buzz is all about the new road. But what’s it like for those who are bypassed?

Antiques dealer Michael Coad was a proud Cornishman who could out-trade anyone, and make $25 on an old washing machine from out back even when pickings were slim.

What do you make of the new Māori Health Authority?

The council made a mistake with the tidal pools and the community feels the organisation hasn't "fronted up", Councillor Nandor Tanczos says.

OceanaGold wants consent for a project that would involve drilling a 6.8km tunnel under conservation land, but local environmentalists say they'll go to court to protect the site and taonga species.

Siblings Kaea and Reiki Ruawai are the backbone of the band, with more than a decade of experience performing with their family band Cornerstone Roots under their belt.

Linda Jones broken through the old boys' rules of racing and now has a retirement village named after her.

The men have pleaded not guilty to the murder of Ryan Woodford at Adelphi Motel in March, and will face trial mid-2023.

Cyclist and truck in serious crash in Tokoroa

A person is to be lifted to Waikato Hospital after a crash involving an e-bike and a truck.

The judge who sentenced Malachi Subecz's killer noted a daycare that didn't pass on pics of abuse and urged adults to act at any sign of abuse.

Crown: 'It was revenge'. Defence: 'It was self-defence'

Both sides have delivered their final shots in the trial of a man accused of gunning down a perceived rival on a winding Coromandel road.

What do you make of the new Māori Health Authority?

Only time will tell if the Māori Health Authority is the answer to Māori health needs.

SPONSORED: Check out the Xero Roadshow - Tiny Edition, which is coming to 28 towns across NZ.

Chunk of Coromandel farmland for sale, eyed for future housing

It's a dairy farm now, but almost 200 hectares of farmland overlooking the Thames Golf Course could be home to medium-density housing developments.

No one wants to see a Matariki ‘Big Mac'

Skye Kimura became concerned at the number of clients wanting to “leverage Matariki” as a marketing opportunity. So she decided to do something about it.

“You’re doing great things, but you’re keeping quite a low profile,” commented one of the visitors.

After a decade on the water in Hamilton, Darren Mills is looking for someone to take on a river boat business he and his late wife built from scratch in 2012.

Black Caps quick links up with Wellington after 11 seasons with Central Districts in a big boost for the Firebirds' fast bowling department.

Simmon Wilbore suffered a series of untimely setbacks, including surgery, but she has her sights set on 2023.

Dismantled to dominant: How Chiefs scrum turnaround led a prop to the ABs

The night of March 13, 2021, was a highly forgettable one for Aidan Ross and his side, but the sting of the memory was what ended up getting him to the top.

Tears and kava flow: Sowakula's move all worth it with ABs' call-up

A one-on-one with Ian Foster a couple of weeks ago still didn't convince power-packed Chiefs loosie he was in the mix, six years after downing tools as a resort chef in Fiji.

McKenzie re-signs with NZ Rugby through 2023

All Blacks playmaker returns from Japan on a deal through till the next World Cup.

Marmalade for Queen's Birthday and foraging for Matariki

Rotorua’s mayoral candidate highlights everything we lack in Hamilton

Why are there so few local government candidates who aren't middled aged and what would it take to get more standing?

The green grenades bringing happiness to a troubled world

Prosecuting Putin is tomorrow's task. Disempowering him is today's.

OPINION: If it was an easy black-and-white issue, we wouldn't still be red all over.

Siblings Kaea and Reiki Ruawai are the backbone of the band, with more than a decade of experience performing with their family band Cornerstone Roots under their belt.

We usually bring you quirky homes with a bit of a story – but what about one you can write your own story in?

If you have ever fantasised about hosting a dog party with cupcakes and ice cream, now you can.

No rehearsal required for Hamilton actors

A group of actors will take to the stage in a play they don’t know, in a role they haven’t rehearsed for. That might not be the disaster it seems.

Andrei Reviakin and Julia Reviakina - and their ruby chocolate, pistachios and raspberries - are a chocolate force to be reckoned with.

In the market for a car

Art and other taonga open to view